select a.rnkid,a.mag_id,a.rnktitle,a.rankpicname,b.cat_id,a.weburl,a.master_stat,b.year,a.master_logo from ranking a,magazine_details b where a.rnkid in () and a.mag_id=b.sno
UTM System As Key Enabler For Commercial Use Of Drones
× 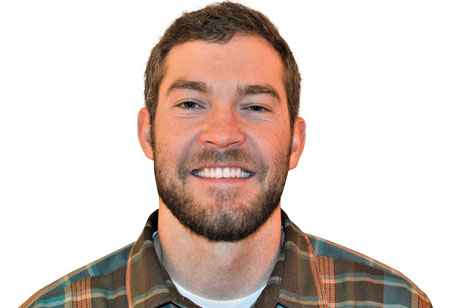 UTM System as Key Enabler for Commercial Use of Drones

Drones are cost-effective, new robotic tools of air work. They will be used more and more in every industry, including construction, agriculture and forestry management, and will be particularly useful for the police, fire and rescue services. However, drones are also posing a growing risk to air traffic. Drone incidents reported by pilots more than doubled to 158 in Germany in 2018 compared to the last year. This is why drones, besides opening new worlds, cause challenges with regard to safety.

Unlike most commercial aircraft, drones do not actively transmit their location and are too small to be picked up by radar or other sensors normally used in aviation. Therefore, the German air navigation service provider DFS Deutsche Flugsicherung and the German telecommunications provider, Deutsche Telekom, joined forces to develop a UAS Traffic Management (UTM) system and its mobile communication-based infrastructure.

The UTM system uses an advanced version of the air traffic control and tracking system Phoenix, a DFS in-house development that can process and fuse position data from a range of sources. Drones equipped with a special LTE transponder connect to the mobile network and transmit their position to the UTM system. The system then tracks the flight data and displays the air situation, shows other surrounding air traffic and warns of potential conflicts. Protected areas, for example around airports, can be displayed and monitored.

The UTM system is highly automated and provides the required information to all parties involved. UAS operators, pilots, authorities and air traffic controllers receive the data they need to ensure safety in airspace. Airspace users can see each other and can be seen. Even position data of aircraft flying under visual flight rules in very low altitude are integrated (via FLARM and ADS-B). Drone pilots can receive information and manage their flights using a tablet or smartphone.

UTM and air traffic management (ATM) can be distinguished from each other as regards to the allocation of specific airspaces and the differences in the paradigm under which they operate.

As an air navigation service provider, DFS knows about the need to integrate UAS missions into ATM systems. This includes appropriate label display, mission processing and coordination with other aviation users

However, they have a common functional structure as depicted in the functional pyramid of command, control, and communication systems (C³ systems). The functional layers are built on top of each other, beginning with registration, mapping and tracking. Above these, there are higher traffic management functions like mission planning, processing of environmental data, conflict detection and resolution, traffic flow prediction and eventually congestion management and user-specific HMIs as the uppermost layer.

UAS represent a disruptive technological challenge for the aviation system and for ATM because they involve new flight technologies with a high potential for automation. Due to their operational characteristics, UAS are part of the aviation world, which traditionally has a thoughtful and slow innovation rate. However, technologically, drone innovation is more similar to that found in the smartphone market—both being exposed to disruptive, fast-moving trends.

As UAS pilots in the field will also be among the users who need situational awareness,
mobile human-machine interfaces on smartphones or tablets must be taken into account. Additionally, more stakeholders and user types than in ATM have to be considered and involved. This naturally leads to having a web-based, scalable cloud solution for UTM.

As an air navigation service provider, DFS knows about the need to integrate UAS missions into ATM systems. This includes appropriate label display, mission processing and coordination with other aviation users. Enhancing ATM systems with drone flight plans and tracks will allow that integration.

In view of the potential risks of drones, there is also the need to integrate other drone detection systems into UTM systems to secure sensitive areas, such as airports. The multi-sensor data fusion tracker of the DFS UTM can incorporate any drone detection system and differentiate between registered and rogue UAS. Functions such as conflict warning are already in place, others, like mission clearance, command and control link integration, and real-time data transfer via LTE, are planned. The UTM approach of DFS is therefore not just useful for UAS, it is also a means to increase safety and visibility at very low-level airspace for all participants.

A blueprint for Europe

The vision of DFS is to set up a central digital platform for UAS services in Germany, which could become a blueprint for Europe. Extensive discussions are taking place in the European Commission and other European bodies about the future of UTM deployment architecture and the integration with manned traffic. DFS foresees a national UTM system in the hands of air navigation service providers, at least for the core functions of registration, surveillance integration, and tracking as well as for reference AIM data and meteorological information provision, where a single source of truth is needed.

The market is at the beginning of a long development path in which the future will see a fundamentally changed aviation system.

The Future of Financial Markets: Getting Ready for the Next Level of Cloud Usage

Edge Data Centres And The Impact Of 5G

Migrating to the cloud is only the first step

A brief history: Blockchain and its use in the Mobility Blockchain Platform

Navigating Through the Hip And Hype In Payments