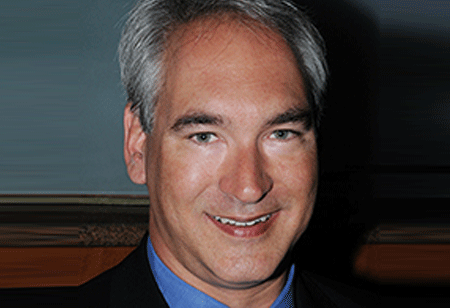 By now, everybody knows about drones and how they are used. Most people are aware of the commercially available drones that make those magnificent stable and pristine overhead movies while following automatically during a hike, all controlled via a smartphone, or while exercising any other outdoor sports.

But drones are not only used for leisure activities. We see them being used now in different sectors as a means of surveillance for example in farming, gas, law enforcement, search and rescue, and medical.

The technology level of today together with the affordability of a drone are responsible for the fact that many people are now having the means and the interest in buying a drone.

All this represents several challenges with the biggest impact being on safety in the aviation sector for all airframes—commercial, business, cargo, and general aviation. Another challenge is the safety of people on the ground in mass gatherings like concerts or demonstrations where a malicious use of said drones could lead to a disaster.

The sudden rise in numbers of drones that are flying around have forced the rule-making bodies like EASA (European Aviation Safety Agency) and national governments to come up with new regulations on the permitted use of drones. For Air Traffic Management (ATM), a new type of airspace management was created called unmanned aircraft system traffic management (UTM) or U-Space. Main driver is to accommodate the drone traffic in a transparent way into the normal air traffic.

Ideas range from smartphone applications that let you register a flight in the way a pilot would file a flight plan to the mandatory registration when you want to buy a drone.

All the aforementioned regulation initiatives are good for most people in order to make them aware of the dangers and the necessity for the aviation sector to have a clear overview of who is flying what, when, and where in order to avoid interference or collisions in the air.
However, there are people around who are never going to abide to these rules and who will not want to file a flight plan in order to be compliant. Those people will commit ‘acts of unlawful interference.’

Coming back to the technology side of things, there is a vibrant community around creating drones yourself. Making use of 3D printing technology and the ever more powerful and small single board computers (SBC), like Raspberry Pi, Arduino and many others, it is not difficult anymore to create your own flying device. The research for better and more efficient power solutions is also increasing the autonomy of the drones. Installing the flight planning software or even coding it yourself ensures that you do not have to cope with geo-fencing problems pre-defined in most commercial drones. The rapid pace at which the applicability of artificial intelligence and quantum computing is advancing, makes me believe that we are heading towards very interesting times. I leave it to the reader’s imagination what applications you could come up with, both for the greater good of our daily lives but also from the malicious side’s viewpoint.

The total cost of ownership is very low and losing a self-made drone is not really a big problem anymore. Here again, not everyone has the best intentions and the threats range from espionage over cyberattacks by using a drone to Improvised Explosive Devices (IED) as payload of the drone.

The aviation sector has always been and continues to be a sector where safety is key. The biggest challenge is of course the convergence of safety and security as the requirements are not always compatible with each other. A nice example is the cockpit door. For safety reasons, this door should be easily opened in order to evacuate in case of an emergency. Security requires this door to be closed and locked at all times in order to prevent hijacking the plane.

The recent use of drones is again sparking the discussions. A collision between an aircraft with a drone might have the same effect as a bird strike. That is why airports are not taking the risk and traffic is suspended. In this scenario, it does not really matter if the pilot of the drone had bad intentions or was just unaware of the flight restrictions around the airport. The resulting impact is the same but the distinction in the above example is the intention. Unintentional being a safety related problem as opposed to intentional which becomes a security related problem. You guessed it, we enter the domain of responsibilities!

Who decides to shoot a drone down? Is it the airport security team or is the responsibility with law-enforcement? What if the drone has an explosive payload and is shot down? Do you use a jammer to try to block the command and control (C2) link with the remote control with the risk of jamming the airport systems that are dependent on satellite communications? What if there is no pilot because the drone is pre-programmed with waypoints and is flying autonomous with the latest facial recognition software and a 3D printed gun mounted for impact triggering?

Drones are here to stay, becoming smarter, more powerful, and their numbers grow exponentially. We will however have to integrate them in our daily lives. Regulation is necessary but will not be the answer to all issues as I tried to convey in this article. It remains to be seen how the different countries and stakeholders are going to find the solutions for the roles and responsibilities dilemma. Interesting times indeed!